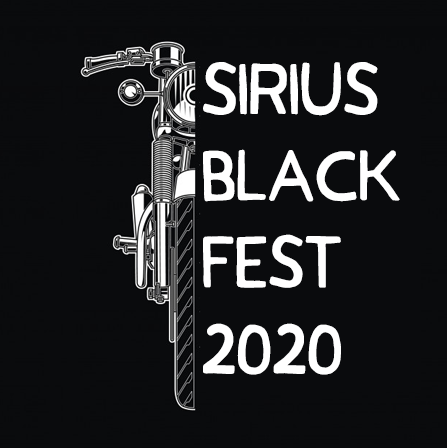 And here we are w/ the final round up for SIRIUS BLACK FEST 2020 ♥ Thanks for all the love to Sirius this year! I hope you enjoyed the fest. The masterlist – alphabetical by author is under the cut.

Hi everyone! Thank you so much for sticking around for WEEK TWO of the SIRIUS BLACK FEST 2020! I hope you've been enjoying all the entries. Here's a quick recap of all the fics from week 2!

Thanks so much for everything! I'll be back in a couple of days w/ the final masterlist. Take care!

Title: Numbers
Author/Artist: Rica (Wintermorning)
Pairing(s)/Character(s): No pairing but you can read Wolfstar in it if you want to!
Rating: G
Word Count or Art Medium: 2000
Prompt #: Regulus survives. Sirius is not in Azkaban and is raising Harry (alone or with a partner of your choice). Regulus keeps reaching out to Sirius to try to make things right, but Sirius doesn't want to hear it. What changes to make Sirius hear Regulus out and forgive him?
Content/Spoiler: Highlight to read *Sirius gets letters from Regulus and refuses to open them for over a month. When he finally reads one he can’t stop waiting for the next ones to arrive until the Black Brothers finally meet again to prevent a second dark war.*
Summary: In December 1981 Sirius reads letters from his younger brother and begins to wonder about the motivation of Regulus.

writcraft 's Drarry fic Little Compton Street (One Rainy Night in Soho) . If you haven't read it, you most definitely should, because it is one of the best fics in the whole world. Though you don’t need a prior understanding of the magical street to read Rebel Rebel. The voice I used in this fic was unashamedly experimental and very influenced by Caio Fernando Abreu’s short stories (so, if you like gay writers that lived through dictatorships in very homophobic countries during the AIDS boom period, you should give Caio Fernando Abreu a try. He is Brazilian, not much of his work was translated, but he is definitely one of the best writers I’ve ever read).
Summary: Sirius has just turned twenty and life is changing around him, blossoming, like Remus wrote in his last letter. This is a story about life and exploration, about feeling lost and finding oneself in other people's bodies, about building love and community. This is a story about hope and sex and growing up. Or: There was no war, so Sirius Black goes to David Bowie's concerts, has lots of sex, falls in love and finds a path he would like to follow.

articcat621
Pairing(s)/Character(s): Sirius Black/Hermione Granger
Rating: Explicit
Word Count or Art Medium: 1300
Prompt #: 23 - She shows Sirius how she feels about him.
Content/Spoiler: Highlight to read *Oral Sex, Language, Sexual Content*
Disclaimer: Harry Potter characters are the property of J.K. Rowling and Bloomsbury/Scholastic. No profit is being made, and no copyright infringement is intended.
Notes: Thank you to my beta for looking this over.
Summary: Hermione has a pleasant surprise for Sirius when he gets home from work.

Title: It Will Always Be Worth It
Author/Artist: MerakiForest
Pairing(s)/Character(s): Sirius Black, Harry Potter, Remus Lupin
Rating: T
Word Count or Art Medium: 1,765
Prompt # 11: Sirius is able to grab the edge of the Veil to haul himself back. One of the curtains wraps itself around an arm/leg but Sirius fights to not fall through.
Content/Spoiler: Highlight to read * canon divergence, near-death experience, blood and injury*
Summary: Sirius Black would always do whatever it took to keep Harry Potter safe and not even the Veil in the Department of Mysteries is going to hold him back.

(it will always be worth it)

(fire at will)
Collapse